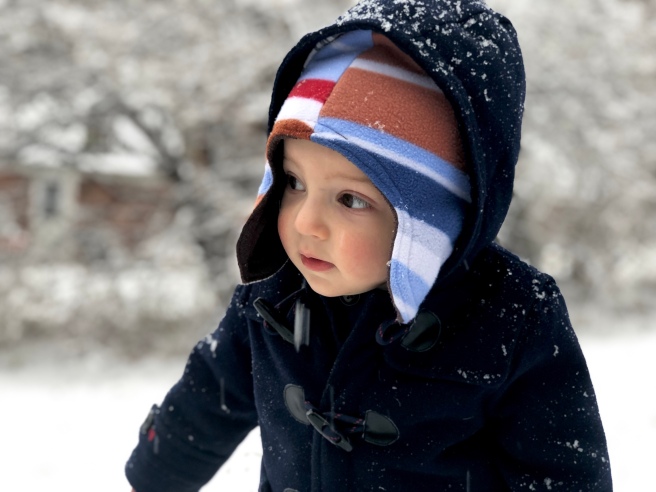 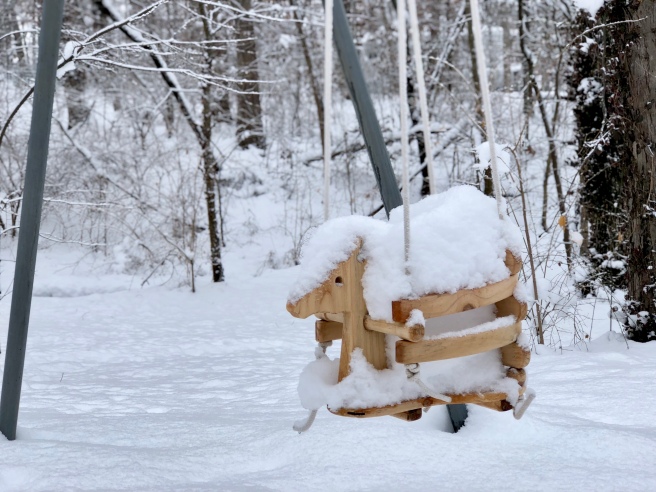 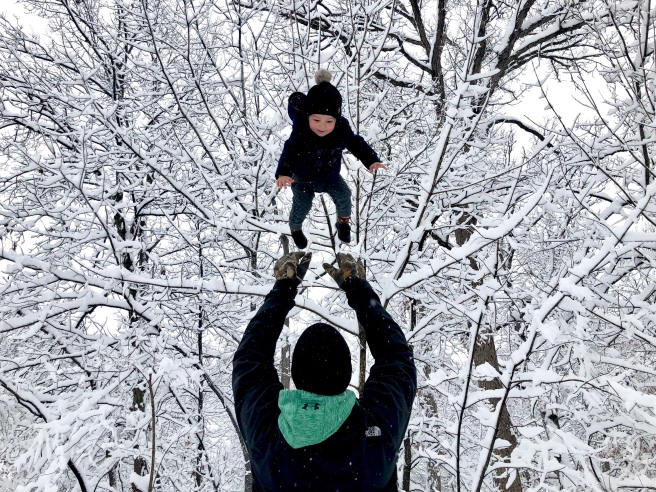 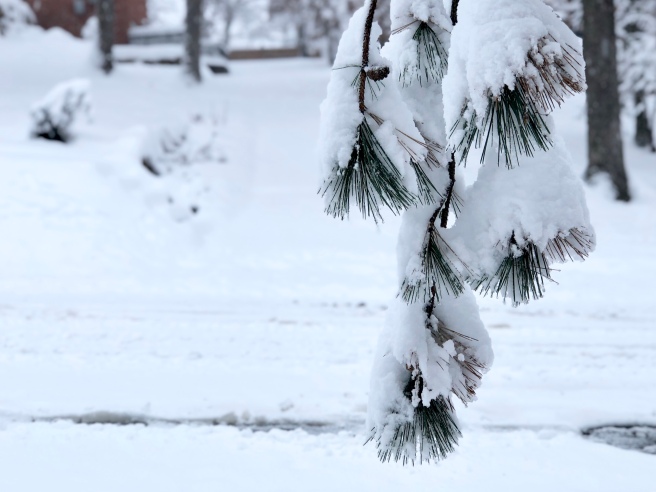 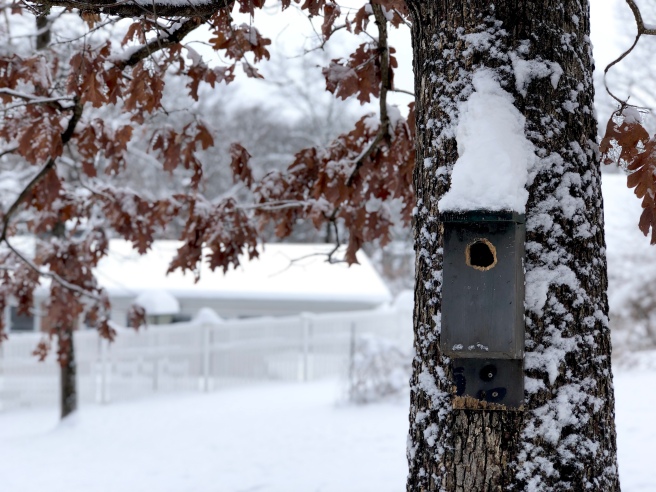 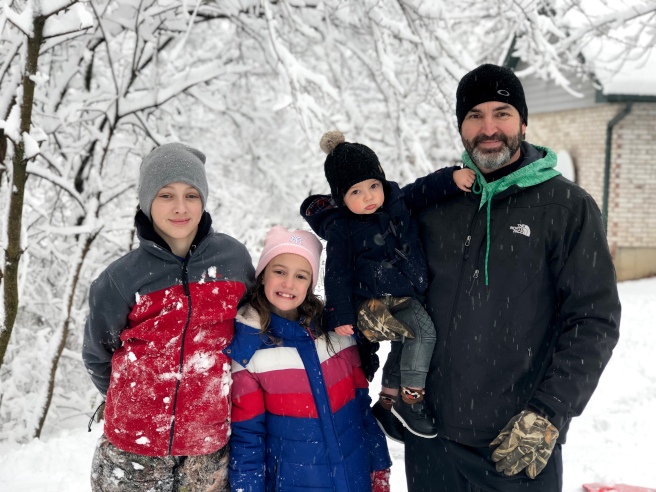 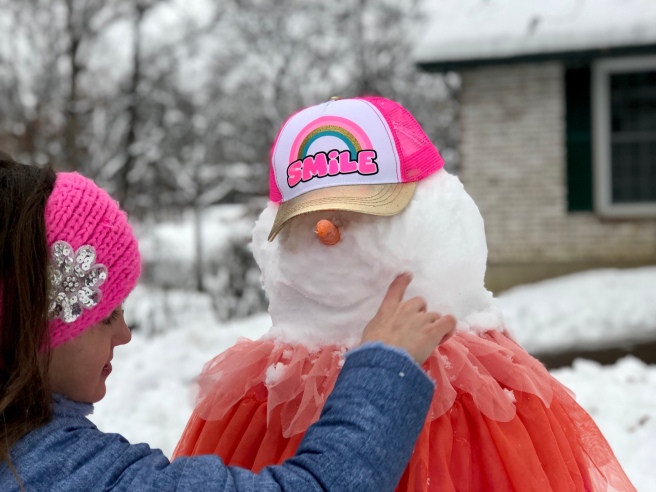 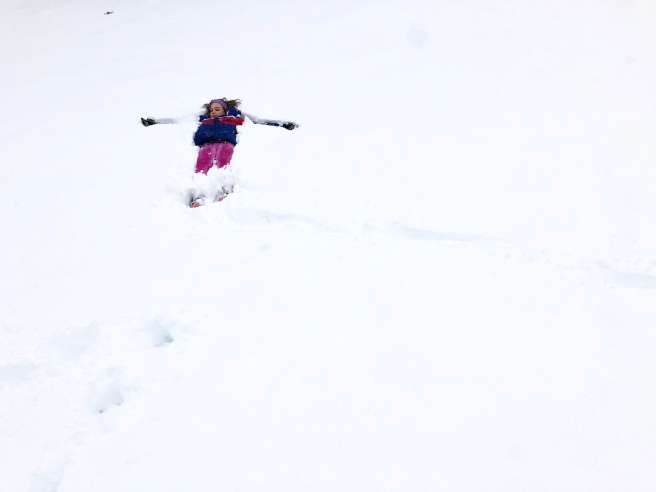 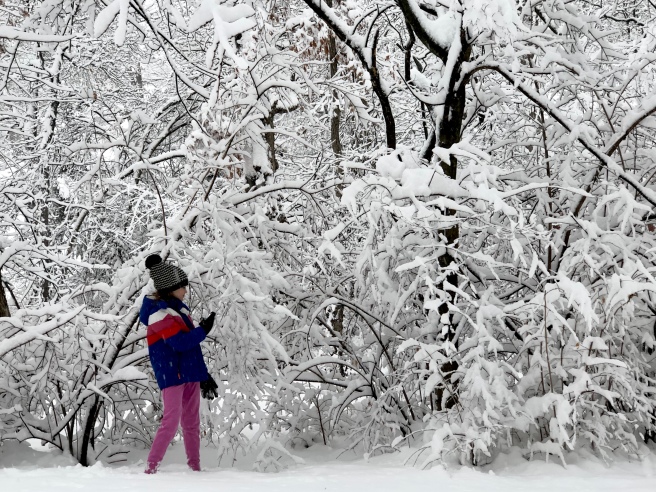 It’s what I’d been wishing for and what I’d missed while living in the south, that certain quiet that only happens when snow begins to fall. Although, we had a couple snows while living in Alabama, the anticipation was the same but the snowfall seemed different. It was brief and so infrequent that it wasn’t embraced the same as it is here. (I’m sure northerners say the same thing about those of us living in the midwest 🙂 ) To put it simply, I would compare the feelings of a large snow here to the feelings of our trips to the beach down there. Serene, cozy (each in its own way), beautiful, and a vacation from the ordinary.

Me and the middle have taken several walks since the snow began falling Friday afternoon. The first was Friday night. The sky was still somewhat bright even after eight o’clock because of the snow, the cloud cover, and the moon. Everything was already blanketed with snow and it was still falling steadily. For the first time in along time, she began to talk. About things at school and all sorts of odds and ends as they ran through her mind. This is when I learn her – where she is at and who she is becoming! The only thing better than that beautiful quiet I mentioned above is that beautiful quiet mixed with her nine year old chatter. So funny how quiet always lends itself to the things we really need to hear – either from our nine year old or someone else.